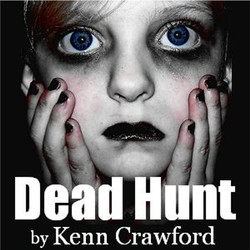 Off the coast of Nova Scotia on a remote island, a lonely scientist, a powerful computer, a simple mistake. Unleashes a new threat, somewhere in the hills of Margaree.

"Dead Hunt" is Kenn Crawford’s chilling tale of a desperate father’s undying love, a daughter frozen in time, and the small group of teens trapped in the aftermath.

"Everyone makes mistakes. Some are small, some are bigger. My father’s mistake, born of an innocent heart and fueled by sadness, was the greatest mistake. Some thought the death of his little girl drove him to the point of insanity; some thought he was trying to be God. But, this is not how it happened. The truth is, he wanted to save me. To give me life. And, in doing so, everyone was doomed." ~Robin

"I found Dead Hunt to be an imaginative, enjoyable read with a clever twist at its conclusion." -Claude Bouchard, Author of Vigilante

"Your dialog’s natural and well done." -Winslow Eliot, Author of The Bright Face of Danger

We will send Dead Hunt to your Kindle at .

Dead Hunt has been sent successfully to your Kindle!