Principles Of The Kingdom 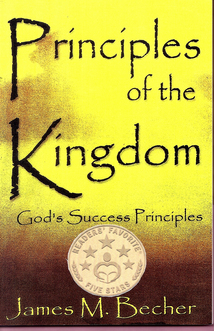 Do you know what it takes to be successful in business as well as in life itself?

In this Biblical self-help success book, the author contends that God has several principles, which if followed can lead to success either in business or in life itself.

He further contends that although many of these same principles may be found among the motivational speakers and thinkers of today and yesterday, that they were originally derived from Holy Scripture, whether or not these spokespersons are aware of it. He points to Jesus' parables to show that not everyone who preaches or practices Kingdom principles will be found to be in the Kingdom at the end.

The 17 chapters of this book contain 17 articles relating to 17 of these principles.

and 10 others. (For a complete list of the principles included in this work, check the "Table of Contents.")

Each chapter has a Quotable Quotes section with quotes from famous people past and present, including the Bible writers

There are also examples, positive and negative, of these principles in the lives of characters from the author's novel, Of Such Is The Kingdom, A Novel of Biblical Times. So this book and the novel make perfect companion volumes for each other. 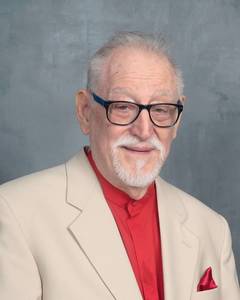 I, James M. Becher, was born on June 8, 1943 of a Christian family and accepted Christ at an early age. Interested in writing and drama since High School, I graduated from a Christian high school, where I participated in several plays, got A's in English, and wrote write several short stories, poems and articles, usually incorporating my faith into my writings. While attending St. Petersburg Jr. College, in St. Petersburg, FL, I won second prize in a writing contest with a Biblical short story, which forms part of my first novel, Of Such Is The Kingdom. I attended Bob Jones University, in Greenville, S.C., and then Clearwater Christian College, graduating with a B.A. in Bible-lit. I went on to Biblical Seminary in Hatfield, Pennsylvania and graduated in 1974 with a M.Div. Ordained in November of 1974, I served in different Ministries, one of which was a foreign student ministry. It was there I started writing my first two novels, and there, I met my dear wife, Berenice, from Venezuela. We were married in 1980 and went to Caracas, Venezuela in 1989 for an extended stay, where, along with teaching English, I completed my purposeful time travel novel, "Impossible Journey, A tale of times and Truth," using a friend’s computer. Upon returning to the U.S., I tried in vain to purchase a computer without proper credit, and then one day a man came to my door with a computer, and said the LORD told him to give it to me. So, because of the Lord plans, I was able to also complete the Biblical novel, "Of Such Is The Kingdom". Also shortly after returning to US, I began publishing a self-help ezine, my articles from which form my self-help book "Principles of the Kingdom." In 2006, I revised and expanded Of Such Is The Kingdom. Then in 2012, I had the opportunity to preach a Christmas sermon, which resulted in my writing “The Christmas Victory, A Gem of A Sermon, All Wrapped Up In A Historical Novel.” This year, I submitted Of Such Is The Kingdom to WestBow Press, a division of Thomas Nelson and Zondervan, and, following their editorial assessment, completely revised it again, with historical accuracy fact-checking and fine-tooth-comb editing. ---James M. Becher