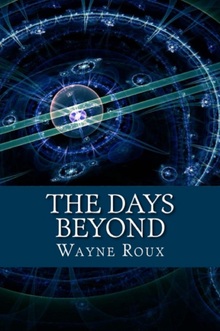 When Lionel Hesse awakes next to the body of his dead wife, Jackie, bleeding profusely from a knife wound, he has no idea how he got there or what happened. Accused of her murder, and suffering from amnesia which covers a two and a half year period, he escapes from police custody after an assassination attempt on his life goes wrong. On the run from both the law and an unknown and sinister enemy, he finds himself teaming up with a strange woman. He has to prove his innocence and find those guilty of his wife's murder. He soon discovers that everyone he cares about is in danger, and when they start dying around him, he realizes he has to fight back. However time is running out, and as the truth about his missing past is slowly uncovered, he soon realizes that time, and a strange metal object he nicknames "The Eye" may be his only ally. Set in modern day South Africa, this roller-coaster of an adventure will entertain, frighten and have you cheering the unlikely hero as he transcends the boundaries of time in an effort to clear his name and save his loved ones. 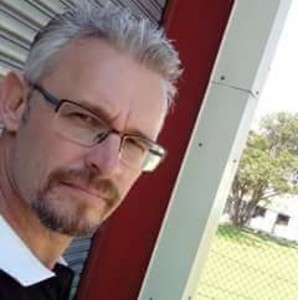 I've always had a crazy imagination... I guess that's something you either bury or embrace. In my case I decided to embrace it with open arms, and worst of all - to share it with others! If you're expecting to download one of my books and enjoy a pleasant love story, or a tale of horses and handsome cowboys, I'm afraid you're in the wrong place. My inspirations are King and Koontz, but I probably go one step further than they do... pushing the boundaries of imagination until you find yourself completely, and believably immersed in my tales. If that sounds more like something you'd like to read, even if it's out of your comfort zone, then please grab a copy of one of my books! I'm sure you will not be disappointed! So yes, I'm new. And yes, you prefer authors who are famous... but there's no harm in checking me out by purchasing one of my books! You could one day say you were there before I made it. :) Be a star and support a humble and appreciative Indie author, and I may just take you on the most fantastic journey of your life. Be on the look out for AUDIO BOOK versions of all of my novels coming soon! Other titles also available: "December Dead' and 'The Trembling'