The Purging Of Ruen (The Velvet Paw Of Asquith Novels #1) 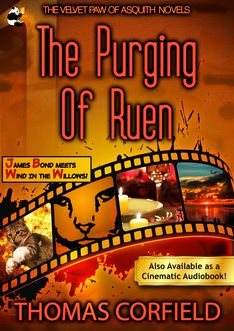 In which Oscar battles a misguided echelon of authoritative animals to save a beautiful city from certain destruction.

When assigned to determine the cause of brewing tensions in the exclusive seaside city of Ruen, Oscar Teabag-Dooven discovers that it’s on the brink of tearing itself apart. Things become complicated when it appears those responsible are in charge of running the place.

Drawn into a scandalous plot of insanity and greed, Oscar befriends the Dervy, a young revolutionary, by throwing her off a cliff, and Horace, an elderly doctor with a phobia of worming ointments.

Together they battle the ruthless genius of Sedervitz Tappen-Noo and the grievous insanity of the Pyjami, in an attempt to save a beautiful city from certain destruction.

But things don’t go according to plan. Principally because they don’t have one.

“Good writing can only take you so far. These books take you considerably further, and then leave you behind.” - Daniella Dragosi, Unimpressed.

“These books have plots so thin that I actually broke one.” - David Micheal Milan, Nineteenth Century Industrialist. 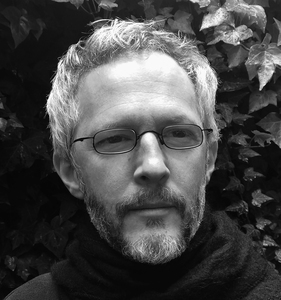