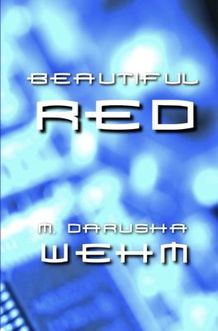 The future is boring. Technology has solved the world’s most pressing problems, leaving people with tedious work and mundane play. Jack is a Security Officer Class 5, which sounds important, but isn’t. However, her banal life as a cubicle worker by day and tinkerer by night is interrupted when she discovers that her employer’s computer system has been invaded.

Jack enlists the help of her only friends – her co-worker, Gilles and Adrian, an online friend she’s never met – to help her track down the source of the invasion. Her investigation leads her to a shadowy group called the Red, where Jack learns that not everyone lives a life of quiet servitude.

Even though she believes that the Red are responsible for a series of gruesome attacks, Jack begins to become attracted to their worldview. In her search for the people responsible for the attacks, she confronts the leaders of the group as well as her own burgeoning sense of self- awareness. 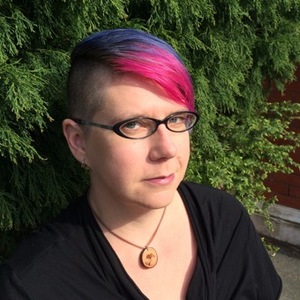 Darusha writes speculative fiction and poetry as M. Darusha Wehm and mainstream work as Darusha Wehm, and is the author of eleven published novels, several poems and many short stories. Originally from Canada, Darusha currently lives in Wellington, New Zealand after spending the past several years sailing around the Pacific.