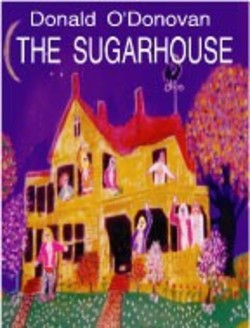 Podcast Audiobook
5 Episodes
112 Minutes Total
Podcast
This legacy Podiobooks.com title is only available as a serialized audibook in podcast form.

“The happiest times at the Sugarhouse came when Ma Rutledge was making maple syrup. During these sap-boiling days the sugary breath of the candy kitchen penetrated everywhere. The beds of the girls were saturated with sweetness. A roll in the hay with Emma or Bertha was like rolling in pastry flour.”

But there’s trouble in paradise.

A new girl arrives at the Sugarhouse, Belle Saint Marie, “a dusky Cajun princess with snapping black eyes and a body no man could ever forget once he'd seen it.” A lovers’ triangle develops, with tragic consequences for local hayshaker Paul Greenfield.

“Guy DeWolfe and Belle Saint Marie were cut from the same cloth. That was obvious to everyone. The two of them were full of cayenne pepper. It was the French blood that surged in their veins. They were perfectly mated, like a pair of ocelots, hot-natured, highly strung, super-sexed and ferocious. Poor Paul Greenfield, who was easily the dullest man in Otsego County, simply didn't stand a chance.”

Twenty years later. The author returns to Cooperstown, having lost touch with his four childhood friends. What has become of them? And the Sugarhouse?

“Supposing the whole town had been bulldozed away to make room for a strip mall, what one thing would I want to remain, to remain forever? Immediately I thought of the Sugarhouse. Yes, the Sugarhouse. Smash everything if you must, but don't destroy the Sugarhouse. That was my prayer.”

Listen to The Sugarhouse

We will send The Sugarhouse to your Kindle at .

The Sugarhouse has been sent successfully to your Kindle!