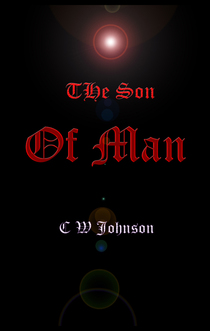 Podcast Audiobook
18 Episodes
854 Minutes Total
Podcast
This legacy Podiobooks.com title is only available as a serialized audibook in podcast form.

Imagine they set out to clone the Son of God.

The Holy Blood Altar, an elaborate shrine whose centerpiece is said to contain three drops of Jesus Christ’s blood, has for centuries adorned the west choir within the walls of a small, unassuming Catholic cathedral in Rothenberg, Germany. From the time of the Middle Ages the cathedral was little more than a tiny rest stop along the pilgrimage to Santiago de Compostela until an amazing confirmation was made there. The capsule within the shrine did indeed contain human blood.

When the blood was tested and found to match a sample of tissue taken from the Shroud of Turin, the Vatican, fearing desecration of the altar, immediately put an end to all testing and ordered the story suppressed. A powerful group of Catholic clergymen, believing their intervention would bring about the second coming of Christ, defy the Church. Starting small at first and building in numbers, they, together with prominent financial and political figures, resurrect an ancient, covert alliance known as ‘In hoc signo vinces.’ (In this, be victorious.) Although forbidden by both papal and international law, the group has but one goal: with the budding new science of bio-reanimation, it plans to clone Jesus Christ, regardless the cost. Maria Rose, Jewish student and legendary UCLA campus beauty, is chosen to be the surrogate mother. Staggeringly beautiful, she is also strong willed and conniving, pulling fellow student Todd Riley into the fray in order to fulfill a ‘Vinces’ stipulation: The child must have both a surrogate mother and father.

From the moment the project begins, strange things start to happen: Nobel laureate Doctor James Donahue, who vehemently rejected any involvement in the project, has a supernatural visitation in his hotel room. A homeless, delusional schizophrenic inexplicably finds clarity, proclaims himself the champion of the only begotten son of the father, and becomes Brother Michael, a force to be reckoned with.

A man in the final stages of rabies sits up in his hospital bed and delivers an ominous message, which is followed by a monstrous, worldwide earthquake.

Listen to The Son of Man

We will send The Son of Man to your Kindle at .

The Son of Man has been sent successfully to your Kindle!