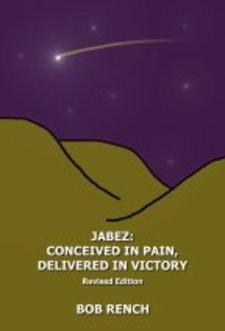 The Old Testament of the Bible contains many mysterious passages. In 1 Chronicles 4:9-10, we find a short prayer uttered by an obscure man:

"Jabez was more honorable than his brothers. His mother named him 'Jabez' saying, 'Because I bore him with pain.' Now, Jabez called on the God of Israel saying, 'Oh, Lord, bless me indeed and expand my territory. Keep Your hand on me, and keep evil from me, that I may not cause pain!' And God granted him what he requested."

Nothing is known about the man who voiced this heartfelt cry to God. He appears to be a man whose family was erased from Israel's history. But if the man and his family's memories were erased, why is he mentioned at all? And why does his prayer appear in a listing of the members of the tribe of Judah?

In "Jabez: Conceived in Pain, Delivered in Victory" we meet the man behind the prayer. We discover why his family could not be mentioned in the chronicles of the tribes. We learn why he was more honorable than his brothers.

But most of all, he is a man who craves a relationship with God.

In the end, Jabez turns out to be more than an obscure man in a forgotten time. Instead, he is found to be a man whose prayer had a significant impact on the history of Israel. Though the story takes places over 3,000 years ago, its impact still affects us today.

And it all started with the story of a life, told to one small boy.

Listen to Jabez: Conceived in Pain, Delivered in Victory

We will send Jabez: Conceived in Pain, Delivered in Victory to your Kindle at .

Jabez: Conceived in Pain, Delivered in Victory has been sent successfully to your Kindle!