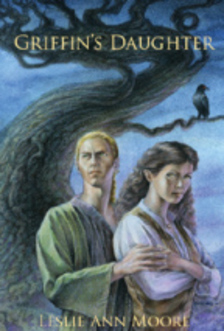 Podcast Audiobook
36 Episodes
727 Minutes Total
Podcast
This legacy Podiobooks.com title is only available as a serialized audibook in podcast form.

The humans of Soldara generally view the elves of Alasiri through a prism of superstition and hate; nevertheless, in the borderlands, both races have quietly intermingled for centuries. Those of mixed blood, however, are the victims of bigotry and scorned as inferior in Soldaran society.

Seventeen year old Jelena, of human and elven blood, has spent her entire life as an outcast in Amsara Castle. Her mother, the sister of the Duke of Amsara, died giving birth to her, leaving Jelena to be raised by her foster mother Claudia in the servants' hall, denied her proper place in the family by her uncle. Though her life is hard, Jelena has managed to adapt to her circumstances. Her fragile peace is shattered when she discovers she has a mysterious and frightening new ability that manifests itself as a powerful blast of blue energy. Convinced the energy is a form of magic inherent in her elven blood, Jelena desperately wants to learn the nature of her ability, and how to control it. She knows the only people who can teach her about elven magic are the elves themselves.

When the Duke announces his intention of selling her as a concubine, Jelena decides to flee Amsara forever. Claudia gives Jelena an extraordinary gift – a clue to her elven father's identity in the form of a signet ring. As Jelena's mother lay dying, she had given the ring to Claudia, charging her with keeping it safe and seeing that her daughter received the ring when she was old enough to understand its meaning.

With the ring as her only link to her unknown father, Jelena sets off north, her cousin Magnes by her side. The two cousins make it to the border, but are ambushed by bandits near the bank of a river. Just as the bandits are closing in for the kill, a mounted elven patrol sweeps down upon them. The leader of the elven patrol is Ashinji Sakehera, a young man unhappily constrained by the dictates of a society as tradition-bound and hierarchical as its Soldaran counterpart. Ashinji has been troubled by a dream, one in which a half-elven girl cries out to him for help, only to be swallowed up by a mysterious force of unspeakable menace. He has no idea what the dream means, but he will soon find out its significance as he rushes headlong into a stunning confrontation at the river's edge.

Meanwhile, an ancient entity, imprisoned and unconscious for a millennium, has at long last awakened. Implacably evil, its lust for revenge upon those who stripped it of power and exiled it to the eternal dark is second only to its desire to reclaim the key to its lost magic, a magic that will allow it to escape its prison and destroy, then remake, the material world to suit its own purpose. The entity with no name knows the magical key resides within a vessel, a living being that carries the energy in the form of a blue fire…

Griffin's Daughter is the story of a young woman's struggle to find her place in the world, a young man's search for his life's purpose, and the strength of true love.

We will send Griffin's Daughter to your Kindle at .

Griffin's Daughter has been sent successfully to your Kindle!