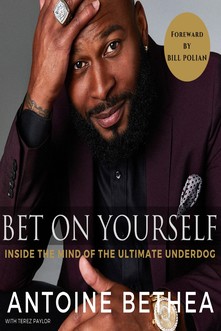 Super Bowl Champion and three-time Pro Bowler Antoine Bethea is a husband, father, businessman and philanthropist who has played 14 seasons in the National Football League. During that time, he has also distinguished himself as one of the NFL’s top safeties and a role model on and off the field.Written with award-winning sportswriter Terez Paylor, “Bet On Yourself” is a memoir that gives readers an inside look at the methods that Bethea — who did not have a single Division 1 or Division 2 scholarship offer as a high school senior — used to turn himself into an NFL draft pick and eventual star. 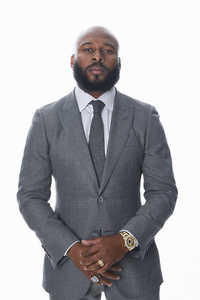 ANTOINE BETHEA is a 14 year veteran of the National Footbague,all Leloving husband and father of three. A defensive team captain, Bethea is a three-time Pro-Bowler (2007, 2009, 2014), and Super Bowl XLI Champion (Colts, 2006). He has clearly distinguished himself as one of the top Safeties in the NFL. A distinct leader and defensive force on the field, Bethea is a role model and leader off the field. Bethea launched the Safe Coverage Foundation in 2012, a non-profit 501 C (3), committed to providing access and resources for students to achieve their dreams of a higher education. Bethea is also the Vice President of Shutdown Academy 757, a non-profit 501 C (3) developmental program for boys and girls designed to empower them to reach their fullest potential. Born July 27, 1984, in Savannah, Georgia, Bethea was raised in Virginia. An evident star as a child, Bethea excelled in academics and athletics. He went on to attend Howard University, where he received his bachelor's degree in criminal justice. During this time, Bethea set multiple records and was honored numerous times, including selection to the Sheridan Broadcasting Network Black College All-American Team. He also earned All-Mid-Eastern Conference honors three consecutive years. Bethea was drafted in the 6th round (207th overall) of the 2006 NFL Draft by the Indianapolis Colts. Bethea had a stellar rookie season, starting 14 games. He helped the Colt’s secondary manage the NFL’s 2nd-ranked pass defense, ultimately leading the Colts to a Super Bowl XLI victory.