The Hallowing of Ground (The Demon Lord #1) 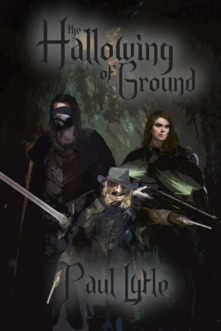 One year ago, the town of Felstadt was ravished by a vampire over a small insult. Now, it finds itself targeted by another vampire, but this one striking unseen, its coffin hidden somewhere near enough to town to hunt at will, but still so far undiscovered. As the terror of its dominance over the town is beginning to take hold, a party of three – a blind and cursed falconer, a gnome gunslinger, and a hunted adventuress – happen upon Felstadt as they are fleeing from the last battle they had against the undead, one that did not end well for them. Has the town found hope in an unlikely trio of vampire hunters? Or will this battle end as badly as their last one did? 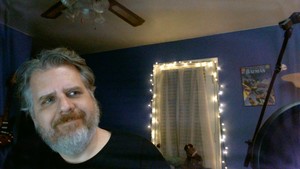 Paul Lytle is a writer, musician, and podcaster based in Texas. His previous works include the Eighth Power and the Yellow Canary. He also plays the character of Crethan on the Dice & Dreary podcast, which also provided the background for the novel The Hallowing of Ground.