How All of Us Can Help Veterans 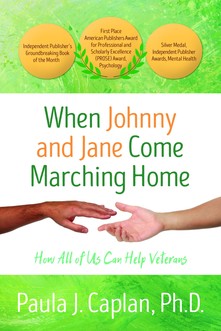 Traumatized veterans are often diagnosed as suffering from a psychiatric disorder and prescribed a regimen of psychotherapy and psychiatric drugs. But why, asks psychologist Paula J. Caplan in this impassioned book, is it a mental illness to be devastated by war or other intolerable experiences such as military sexual assault? What is a mentally healthy response to death, destruction, and moral horror? In When Johnny and Jane Come Marching Home, Caplan argues that the standard treatment of therapy and drugs is often actually harmful. It adds to veterans' burdens by making them believe wrongly that they should have "gotten over it"; it isolates them behind the closed doors of the therapist's office; and it makes them rely on often harmful drugs. The numbers of traumatized veterans from past and present wars who continue to suffer demonstrate the ineffectiveness of this approach.

Sending anguished veterans off to talk to therapists, writes Caplan, conveys the message that the rest of us don't want to listen—or that we don't feel qualified to listen. As a result, the truth about war is kept under wraps. Most of us remain ignorant about what war is really like—and continue to allow our governments to go to war without much protest. Caplan proposes an alternative: that we welcome veterans back into our communities and listen to their stories, one-on-one. (She provides guidelines for conducting these conversations.) This would begin a long overdue national discussion about the realities of war, and it would start the healing process for our returning veterans. 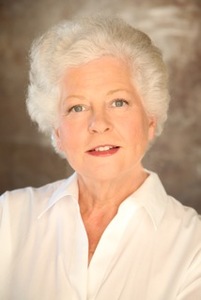 Paula J. Caplan is a clinical and research psychologist and longtime advocate and activist for military veterans and their families. She is Founder and Director of the Listen to a Veteran! Project listentoaveteran.org a free service that has been proven to be helpful to veterans and their loved ones and illuminating to the nonveterans who listen to them. The project is based on her book, When Johnny and Jane Come Marching Home: How All of Us Can Help Veterans, which won the Association of American Publishers Award for Best Psychology Book, the Independent Publishers Silver Award for Psychology, and the Independent Publishers Book-of-the-Month Award. Her awardwinning film, "Is Anybody Listening?" is based on that book isanybodylisteningmovie.org She is the author of ten other books and of numerous award winning plays, including SHADES, which is about veterans and nonveterans and which won two Best New Play Awards. Currently, she is an Associate at the Du Bois Institute, Hutchins Center for African and African American Research, Harvard University.