No Return Ticket- Leg One 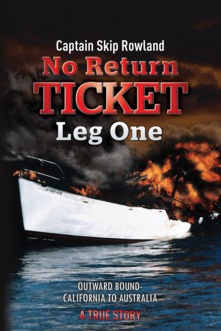 Tired of California's glitzy lifestyle, greed and urban sprawl, Captain Skip Rowland sells everything to drift and blend in the drop dead beauty of the South Pacific. But before casting-off his yacht is stolen and set ablaze on a desolate Mexican shore. (A story bin itself) Skip, recently in the USMC captures the thieves, sailing later in a new yacht with his son and nurse girlfriend. They accidentally sail unto an active military coup de tat, are chased by a vagabond freighter, make love on picture perfect uninhabited islands and cross the Tasman Sea to Australia in the worst weather in 100 years.Told in an authentic sea captains voice you will believe you are on deck experiencing every moment of this true adventure. 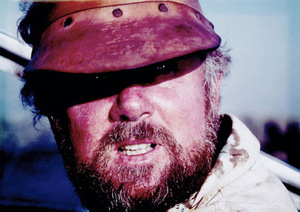 SKIP ROWLAND - Concerned with eroding human dignity, urban sprawl and big city glitzy lifestyle, Skip Rowland decided to change his life – to escape the frantic pace of an over populated environment and live a dream so few do. He sold everything… whatever couldn’t fit into a shoebox to sail to the drop-dead beauty of the South Pacific and beyond. But before setting off to “drift and blend,” his yacht was stolen and set ablaze on a desolate Mexican coast. (see cover photo-Leg One). Calling on his USMC training, the author tracked and captured the thieves in Mexico. Later, with a new vessel, Skip was outward bound to Australia on a sapphire sea under a star laden sky. But all was not bliss. They unexpectedly sailed into an active military coup D’état, were knocked down in mid Pacific, survived violent storms, thieving authorities and murderous pirates who managed to get aboard. In Thailand Skip is thwarted by tragedy the most skilled sailor could not have prevented, but which bonds forever the skipper and his courageous mate Denise. For this man sailing is a bloodline sport. His granddad competed in the 1905 Trans-Atlantic race. As a teen Skip crewed aboard the original Ondine and while a US Marine won the all service sailing championships. He has owned five offshore yachts and sailed over 30,000 nm. A captivating speaker, Skip also authored two books and is an accomplished journalist. No Return Ticket is a captivating true story of an ordinary man making the most of a life changing, highly rewarding – sometimes challenging voyage