let no scissor put asunder what God has put together 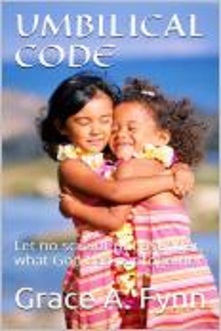 Mag Carr is a 25-year-old woman who becomes a surrogate and delivers a baby just 6 months afterward. Yet, she’s forced to put her life on hold and become the child’s nanny because it refuses to eat or respond to any kind of care, except the one given by its biological mother. In a bid to free herself, she perceives that the child could recognize another as its mother, should the person wear her clothes, that is Mag’s clothes. This works out perfectly well until the new nanny starts demanding for finer clothes from Mag. Unable to get herself a new wardrobe ever so often, she returns to her job as the baby’s nanny. But during one of her nanny sessions, she passes out and the child thinks that she is dead and therefore she becomes liberated. Mag gets married to Philip, a man she met at church. But he being unable to procreate, they adopt a 2 year-old girl, Melissa Sarh, whom they rename as Sarafina. Sarafina begins school and while there meets and befriends Mag’s surrogate daughter, Regina. During one afternoon, when Mag goes to pick her up, Luna, her surrogate’s daughter’s mother, turns up for Regina and then, Mag discovers that she could be her surrogate daughter. Mag tries to end the friendship between her daughter and the surrogate but it doesn’t happen. Then, during Sarafina’s ninth birthday, they receive an unwelcome visitor, Sarafina’s biological mother, Fiona Sarh. She comes with a lawyer who explains that Sarafina’s adoption was illegal as her mother left her in the care of an orphanage when she was only a year’s old. They are forced to give her up and then Mag decides to get back Regina. She visits Luna’s place and then tries to get the child to recall her. But it’s futile. Then Sam, the surrogate’s father, storms into the room accompanied by Luna. He proposes a deal to Mag, that she becomes a surrogate again and give him a son so he in turn gives her back her daughter. Then, Luna proposes that she would give him a son, so Regina could leave with Mag. Subsequently, Mag leaves with Regina. Luna becomes pregnant and when she finally delivers 9 months later, she is ecstatic, laughing and taking selfies in the delivery room. Then she makes a video blog to support women who are scared of becoming mothers. While at it, Sam enters with her son and she informs him of what she had been up to. She then claims that she needs a break and then pauses the video and tends to walk away when Sam informs her of the baby’s presence and she asks him to ‘‘leave it in the cot’’, and then leaves. 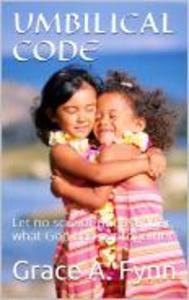 I'm a story teller with a focus on comedy.