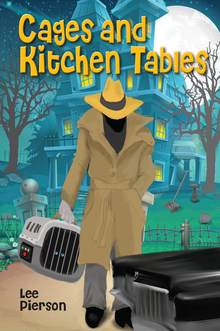 What do you call it when you ride to a spooky house in the middle of the night and accidently find a device that allows you to talk to animals, and then get kidnapped twice just to become a laboratory experiment, and finally join forces with FBI Agent Scott Tracker to help rescue an entire town? You call it a day in the life of an eleven-year-old boy named Ben Meyer who reads to many detective adventure stories, doesn’t get along with his dad, and isn’t thrilled about any of his teachers at school. His only saving grace is his neighbor’s pet rabbit whose name is Ricky. He’s furry, cuddly, warm, and Ben considers him to be his best friend. That is until someone stole him. Enlisting the help of his two friends Spencer and Tara, Ben sets out to find his friend at all cost. Slowly, little by little, like peeling an onion, he brings to light not only who kidnapped his friend, but a devious plot that will threaten his home town, New Pinehill in Vermont as well as the White House in Washington D.C. With special effects and music sprinkled throughout the audiobook edition, this non-stop epic adventure is dripping with destiny, faith, and hope. 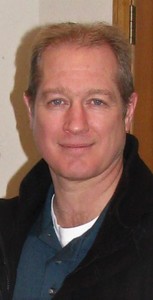 I have lived in the St Louis area for thirteen years. I am married to a wonderful woman named Anita. Like my story, I really did have a rabbit for a pet named Ricky. He unfortunately died June 20, 2017. Besides my wife, I considered him my best friend and he was a very good bunny.