Common Ground for Unbelievers and Believers 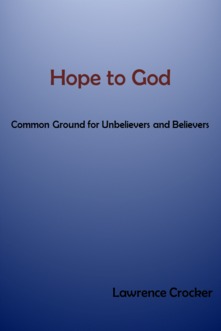 I don’t think anything like the Jewish-Christian-Muslim God exists, but I hope I am wrong. Wouldn’t it be a plus for reality if there were a very powerful being who weaves purpose and order into the universe, cares about us, and might make better our long range future? Maybe heaven, after all? Such a God may or may not be supported by adequate evidence, but, however that may be, it is reasonable to hope, not just wish, that God exists.

What is the relevance for belief and for hope of: The fact that there is something rather than nothing? That physical reality can be described by elegant equations? That we are conscious? That it is now? That there are gaps in science? That the value of the charge of an electron is congenial to the formation of stars and human beings? That there are historical reports of miracles? That there were reports of medical miracles yesterday? That millions of people report experience of God? That most Christians would, had they been born in Riyadh, be as convinced of the exclusive truth of Islam, as they now are of Christianity? That the holocaust happened? That some infants suffer terrible diseases from birth? That religion has been at the root of wars, terrorism, and hate between neighbors?

Would your self survive a Star Trek transporter trip? With heaven so much better and of so much longer duration than the world, why should there be a world? Can atheists pray? Can hope be a backstop for believers with doubts? What is the relation of God to morality? How should the Supreme Court case about Mormon polygamy have been decided? What should be the attitude of atheists and agnostics towards religions and their adherents? 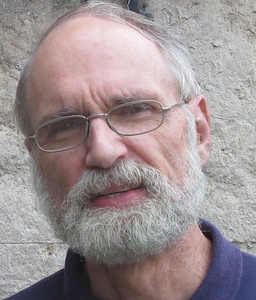 LAWRENCE CROCKER received his PhD in philosophy from Harvard, and taught philosophy, including the philosophy of religion, philosophy of science, and logic, at the University of Washington and Dartmouth. With a law degree from Duke, he litigated corporate and air crash cases, prosecuted and defended criminals and taught law at NYU School of Law. He lives in New Hampshire and Ontario where he skis, hikes, and paddles.