The Story of Prophet Abraham (Ibrahim) In Islam 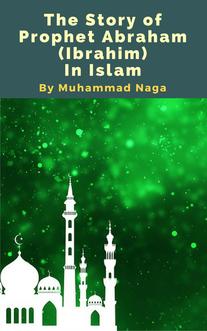 Prophet Ibrahim known as Prophet Abraham in the Hebrew Bible, is recognized as a prophet and messenger in Islam of Allah (God). Abraham plays a prominent role as an example of faith in Judaism, Christianity, and Islam. In Muslim belief, Abraham fulfilled all the commandments and trials wherein God nurtured him throughout his lifetime. As a result of his unwavering faith in God, Abraham was promised by God to be a leader to all the nations of the world.

The Quran extols Abraham as a model, an exemplar, obedient and not an idolator. In this sense, Abraham has been described as representing "primordial man in universal surrender to the Divine Reality before its fragmentation into religions separated from each other by differences in form". The Islamic holy day Eid al-Adha is celebrated in memory of the bravery of Abraham, and Muslims perform the pilgrimage to pay homage at the Ka‘bah in the Hijazi city of Mecca, which they believe Abraham had set up and reformed. Muslims believe that the prophet Abraham became the leader of the righteous in his time, and that it was through him that people of both the Arabian Peninsula (Adnanites in particular) and Israel came. Abraham, in the belief of Islam, was instrumental in cleansing the world of idolatry at the time.

Paganism was cleared out by Abraham in both Arabia and Canaan. He spiritually purified both places as well as physically sanctifying the houses of worship. Abraham and Ismail (Ishmael) further established the rites of pilgrimage, or Ḥajj, which are still followed by Muslims today. Muslims maintain that Abraham further asked God to bless both the lines of his progeny, of Ismail and Ishaq (Isaac), and to keep all of his descendants in the protection of God. 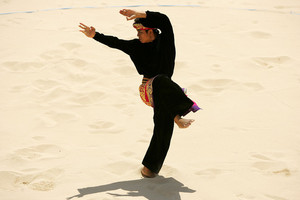 Muhammad Naga has been a columnist, health writer, soil scientist, book and magazine editor, web designer & pencak silat instructor. A reader by night and writer by day, he is loathe to discuss himself in the third person, but can be persuaded to do so from time to time. He lives in Medan City.