Cain't Do Nothing with Love 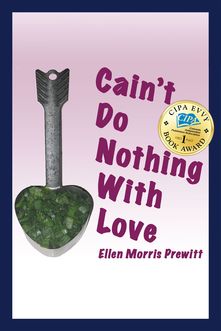 LUCKY CRITTERS A lonely woman in Florence, Alabama reacts to the death of her boyfriend by connecting with his killer. This first appeared in The Peralta Press, winning its 2K2 Award.

ROLLERBLADER FOR JESUS A fifth-grader in rural Mississippi, intent on being the smartest girl in her class, sees Jesus in her closet; he advises her to “Skate On.” This first appeared in Gulf Coast Literary Journal.

AINT' NO COMMIES 'ROUND HERE An aging farmer in Tuscumbia, Alabama must learn to love his liberal hippie nephew. This is a story about the importance of family relationships in a changing world.

BABY DOG, PEEWEE NED, AND THE DEVIL'S NAKED BUTT Grief over the death of her parents leads a woman in Memphis, Tennessee to invite the Devil into her home. This first appeared in Hurricane Review.

IT DOES NO GOOD WHATSOEVER TO STAY BITTER A former addict in rural Mississippi reacts to her family’s lack of support for her recovery program. This story treats several topics—addiction, family strife, and sexual identity—with acerbic humor.

SUPERMAN AT THE MANOR The son of a retirement home resident in Charlotte, North Carolina arrives at the home's Happy Hour in his Halloween costume. With humor, this story explores a son’s rocky relationship with his mother.

A TRIP TO THE LAWYER A college student in rural Mississippi, confused by the changes happening in her family, turns to a good-looking lawyer for advice. A story of slapstick humor, this first appeared in RedHot ChickLit Review

THE GIFT OF THE ELEPHANT A man from India offers to repay the kindness of Canton, Mississippi by giving the city an elephant. This story was nominated for Pushcart Prize: Best of the Small Presses by Eureka Literary Magazine.

SHOW THE CLOTHES Can a stranger in Memphis, Tennessee keep a disagreement between a model and a luncheon guest from turning into a cat fight? This is an acerbic story of young woman’s struggle to make a living.

POCKETBOOK SYNDROME A vintage clothier in small-town Alabama must choose between his professional standards and the love of a young man. This first appeared in New Madrid Review. Adult Content.

FULL MOON WALK A fight in a bar on Memphis’s famous Beale Street forces a young woman to change her views on her sister’s childrearing skills. This first appeared in Southern Women’s Review.

SQUIGGLES THE SQUIRREL A young boy at Lake Minnidaka Resort in Mississippi must grow up if he is to protect his mother from an abusive lover wearing a squirrel costume. This is an unconventional coming-of-age tale that includes a first kiss.

JUST NOW A confused young woman sorts out her feelings by sitting zen in an Elks Lodge in Mississippi. A story of coming to terms with sudden death, Just Now first appeared in Memphis Magazine, winning its Annual Fiction Contest. 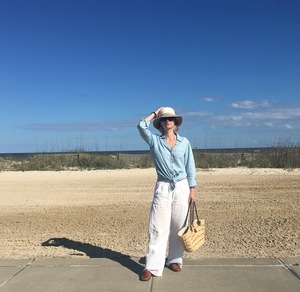 ELLEN. MORRIS PREWITT is an award-winning author who loves writing about the South. Her stories have appeared in literary journals such as Gulf Coast Literary Review, Southern Women’s Review, Arkansas Review, Hotel Amerika, Brevity, Fourth Genre, storySouth, Texas Review, Southern Hum, and Alaska Quarterly Review (how did that happen?). Two of her stories were nominated for Pushcart Prizes; one received an Honorable Mention. Her work has won or placed in contests judged by Lee Smith, Ron Rash, and Richard Goodman. For nineteen years, she practiced law. For six years, she worked as a runway model. For her time facilitating a weekly writing group of men and women experiencing homelessness, she was named an Upstander by Facing History and Ourselves. She is proud to be a true indie author: she's had books published by a small press, a hybrid press, and self-published in audio, ebook, and print. She lives in Memphis and New Orleans. She's been known to appear in public in costume.