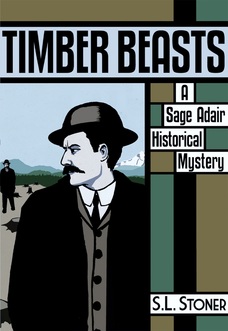 The year is 1902. John Sagacity Adair, “Sage” to his friends, is a wealthy restaurant proprietor in Portland, Oregon. Beneath the flickering gaslights of his elegant eatery, Mozart’s Table, Sage appears urbane and attractively shallow. Yet, he is someone altogether different. Haunted by memories of an impoverished childhood, Sage seeks acceptance by City’s financial elite only so that he can expose their secrets.

After nearly two years of social maneuvering, he has won an invitation to Arista Dunlop’s exclusive soiree. By the end of that night, more questions are raised than he thinks can be answered. What is the secret deal Portland’s financiers are so eager to hide? Did his cook’s nephew knife the brutal railroad guard? And, why has his Chinese colleague chosen such an inopportune time to make the distracting observations that “a soul needs unbreakedness?” Nothing is turning out as Sage planned.

Though eager to pursue leads overheard at the soiree, the entreaties of Sage’s cook bring a halt to his plans. Her nephew stands accused of murder. While Sage knows that railroad guard deserved to die, he also knows that it is up to him to prove the young boy innocent.

Donning the clothes and persona of America’s turn-of-the-century itinerant workers, Sage seeks answers to the two seemly disparate questions: Who really killed the railroad bull, Clancy Steele? What is the secret deal the financiers are trying to hide? Obscuring his quest like a low-hanging cloud, is Fong’s comment about the soul’s need for unbreakedness.

The ensuing search takes Sage into hobo jungles, rural farms, bordellos and logging camps only to have the answers finally emerge in the drawing room of one of Portland’s wealthiest citizens. 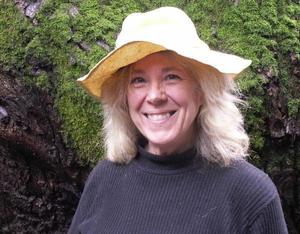 Susan Stoner, writing as S.L. Stoner, is a native Oregonian who works full time as a labor union lawyer. Like that of her series hero, Sage Adair, Stoner's life has tended toward the adventurous. She's worked in skid road bars, Las Vegas casinos, free clinics and as a prisoners' advocate, psychology center videographer and federal judge's intern. Besides living in Portland, Oregon, Susan has also lived in a forest lean-to, a Sikh home in Singapore, alongside an alligator-infested Louisiana bayou, inside a sweltering Las Vegas tent, in a camper atop a '65 International pick-up truck as well as in a variety of more traditional Houston, Texas, abodes. She was a participant in Portland's original neighborhood movement and has since been involved in citizen activism, like filing and winning a lawsuit to preserve Portland's soon-to-be destroyed historical open reservoirs (one of those "win the battle, lose the war" experiences). She lives with her husband and two dogs in Southeast Portland when they are not traveling or hanging out in the great Cascade range forests. One of her passions is historical research, particularly that involving original source material. She is currently working on the seventh book in the Sage Adair Historical Mystery series.