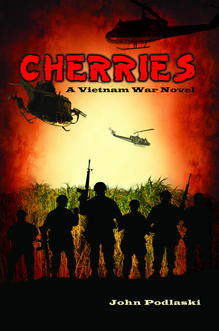 In 1970, John Kowalski is one of many young, naive teenage soldiers sent to Vietnam to fight in an unpopular war. Dubbed “Cherries” by their more seasoned peers, these newbies suddenly found themselves thrust into the middle of a terrible nightmare - literally forced to become men overnight. On-the-job-training is intense, however, most of these teenagers were hardly ready to absorb the harsh mental, emotional, and physical stress of war. When coming under enemy fire for the first time and witnessing death first-hand, a life changing transition begins…one that can't be reversed.

The author is an excellent story teller, readers testify that they are right there with the characters, joining them in their quest for survival, sharing the fear, awe, drama and sorrow, witnessing bravery and sometimes, even laughing at their humor. It's a story that is hard to put down.

When soldiers return home from war, all are different - changed for life. "Cherries" tells it like it is and when finished, readers will better understand what these young men have to endure, and why change is imminent. 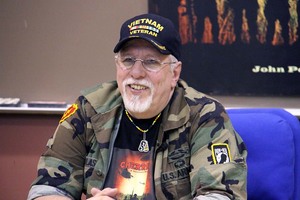 John Podlaski served in Vietnam during 1970 and 1971 as an infantryman with both the Wolfhounds of the 25th Division and the 501st Infantry Brigade of the 101st Airborne Division.  He was awarded the Combat Infantry Badge, Bronze Star, two Air Medals, and a Vietnamese Cross of Gallantry.  He spent the years since Vietnam working in management positions within the automotive industry and recently received a Bachelor of Science degree in Business Administration.  John is a life member of Vietnam Veterans of America Chapter 154 and lives with his wife of 43 years, Janice, in Sterling Heights, Michigan.  Both retired in 2013 and spend their days pursuing interests they enjoy.  John published his second book in June, 2016.