Au Revoir to Corporate Life and Bonjour to a Life Afloat in France! 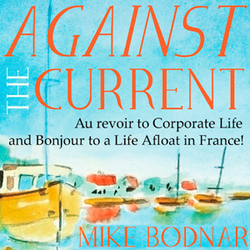 Would you leave your job, sell your house, abandon your family and friends and move to France to live on a boat? With no income, and no idea what the next day would bring?

Probably not. But that's what Mike and Liz did, choosing to cast off from corporate life to live and travel the waterways of France.

They’re boarded by armed police, nearly lose their boat, and pull a near-drowned body from the water. With a blade against his neck, Mike’s fate rests on a soccer game, and he and Liz accuse a Frenchman of not knowing how to 'soil a bat'.

This is their adventure, a book for anyone who’s ever thought they might like to just get away from it all, throw caution to the wind and see what tomorrow feels like. It will take you to the limits, bring you down to earth, but most of all it will make you laugh out loud.

Join Mike and Liz, as they go sailing on a notion… 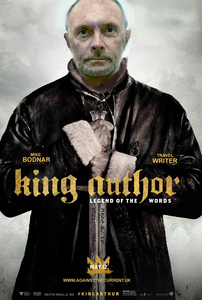 Mike Bodnar moved from his native Britain to New Zealand as a teenager, and made a career for himself in broadcasting (TV and radio) and later in public relations. While working in television he interviewed such notables as Rowan Atkinson, Spike Milligan, Barry Humphries, Douglas Adams, Carl Sagan, Lord Jeffrey Archer, Victor Borge, and even Marcel Marceau (that was a quiet interview...) and many others. It was while in broadcasting that he developed his love of writing, contributing scripts for TV and radio, and also as a freelancer writing for magazines and newspapers. In 1989 he was commissioned to write a handbook for new drivers, called 'The Road Ahead.' In 2013, he and his wife Liz decided to move back to Britain, but take a 'gap year' along the way to live on a boat in France. 'Against the Current' is the book of that adventurous year, following the couple as they cruise (and bash and bang) their way through France's inland waterways at an escargot's pace.