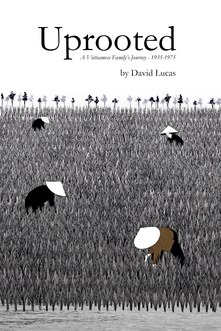 When Tung's father is sentenced to death by Communist guerrillas in North Vietnam, 1954, his family is forced to flee. Driven by the guilt of his association with the Communists, Tung recommits himself to the duty he had abandoned – that of a son.

Uprooted sees Tung become protector and provider for his family, as Japanese occupation, the French Indochinese War and the American [Vietnam] War rage around them. The resilience he learned as a rice farmer is tested as he rebuilds their lives in wealthy and embattled Saigon.

All Tung wants to do in the city’s politicized environment is feed and educate his children. But taking a job with the Americans brings him to the attention of corrupt government officials, ungodly priests, Viet Cong assassins and trigger-happy GIs. He becomes a target like his father before him.

While based on a true story, Uprooted uses both imagined conversations and historical contextualization to tell Tung's story. Through his perspective we see the effect on the ground of decisions made in capital cities thousands of miles away.

While Uprooted presents a fresh perspective on the Vietnam War, it is ultimately the uplifting saga of a family who's survival depends on perseverance, ingenuity and improbable luck. 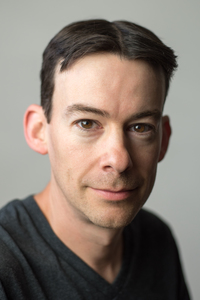 Before he published Uprooted, David Lucas was an award-winning writer and producer of radio advertisements in the UK. His work appeared on every major commercial UK network and the BBC. He was also one of the creators of the Traces of Nuts comedy podcast, that garnered over 250,000 downloads in its three year run. He moved to America in 2008 to marry a girl from Florida. It was after meeting her grandfather Tung, that Uprooted began to take shape. Since it's release, Uprooted has become requested material by Vietnam professors from, amongst other institutions, Harvard, Cornell and NYU. For more details, a preview chapter and blog, visit http://www.uprootedthenovel.com/