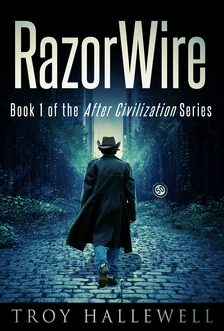 Once the world was beautiful and full of people. Cities filled the landscape and buildings reached the sky. But now, after The Wandering, very few portions of the old world remain, and more of the surviving fragments of a glorious past disappear every day.

Yet, it is more than just memories of the past at stake when a new enemy arrives in The Waste. Flooding over the land and leaving total destruction in their wake, these mysterious invaders will stop at nothing until all ties to the old world are destroyed and forgotten.

But there is one last hope, a rumor which speaks of a powerful people who survived The Wandering unscathed. Could they be the answer The Waste needs in it’s darkest hour? Could this rumored people hold back the tide of destruction or will The Waste, along with the final remnants of humanity’s glorious past, disappear forever like dried grass in a flame? 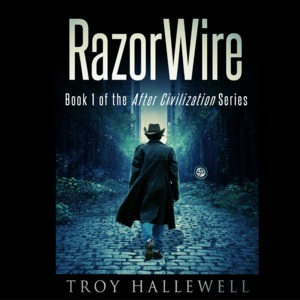 - What would happen if modern society was suddenly "reset" and had to start all over again? - How would Mongolian style invaders with huge armies and deadly precise bows do against smaller groups of cowboys with limited bullets and guns? - Could the decision of one crazy man actually influence the whole of humanity? - How long would appliances last if they were carried around in campsites and powered only off solar? - As an extension to the last question, would anyone want to carry a dishwasher that way? I think about questions like this... then I write books about how I see the answers. What? That isn't enough info about me? How about this... I live in a hot climate, have two dogs and eat "weigh" too much pizza.