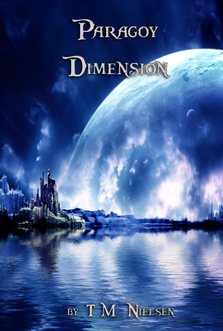 Kyrin is forced by Daemionis to stay in Paragoy Dimension, but only after he sends her on a dangerous mission to retrieve the coveted seal of Carathis. While away, she befriends a creature that threatens to disrupt the peaceful life in the Valharan Castle.

Finn realizes that the Knights of Valhara have a grudge against the known evil, and he sets out to make sure Kyrin is treated as a noble. He starts to realize it’s going to be a harder task than he first though, but feels indebted to her.

Alric struggles to understand why Kyrin stays with Daemionis. He and Sithias try to find a way to keep her in Paragoy, when they become afraid that she’s about to shift out permanently. More nobles bring more conflict, and Alric’s afraid it may be more than Kyrin can handle. 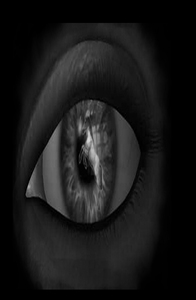 T.M. Nielsen doesn't necessarily consider herself an author. She's an every-day woman who had a story to tell. Never intending to let anyone else read it, she decided to put it all down on paper. What she ended up with is a fascinating tale filling books full of drama, adventure, action, romance, and excitement. When asked why she decided to publish, she stated, "I want for others to be able to forget about problems in life and to lose themselves in my world... the world of the heku. While I write, I laugh, cry, grin, gasp, and my heart races. I want others to experience that too." T.M. Nielsen is a computer tech by trade and lives with her husband and two beautiful daughters. She's the author of Amazon.com's bestselling series The Heku Series and the Dimensions Saga, along with a Heku Series spin-off book called Return of the Encala. She's been listed numerous times on Apple's Breakout Books and on Amazon.com's top 20 in Fantasy.