The Whirlwind in the Thorn Tree (The Outlaw King #1) 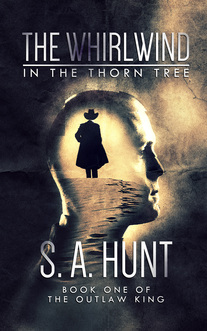 When Ross comes home from Afghanistan,

he reels at the news that his father Ed Brigham, a famous fantasy author, has died. After the huge funeral, Ross investigates his father's death, accompanied by two of his father's fans–film student Sawyer and Florida beachcomber Noreen. Together, they discover a passage that leads them to the desolate reaches of Destin, the outlaw-infested parallel world in Ed's gunslinger novels. There they meet the Kingsmen, the warrior gunslinger caste of Destin and find themselves the target of a plot by the Muses themselves to bring the final act of humanity to a close.

Inspired by the classics he grew up with such as A Wrinkle in Time and The Neverending Story, and evocative of Stephen King's fantasy-western epic The Dark Tower, the first volume of S. A. Hunt's The Outlaw King is the visionary beginning of a series spanning from modern-day Earth to the sands of an exotic parallel world, where a climactic battle will take place on the shores of consciousness…and challenge the rules of the written word itself. 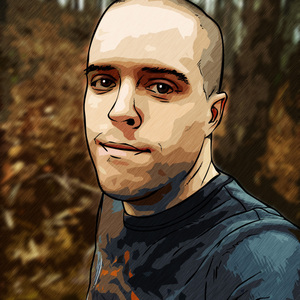 I am a U.S. veteran with very little money and far too much free time, which is now spent telling lies about time-bending cowboys. I write under the pseudonym "S. A. Hunt" because Sam Hunt is a reputedly irascible New Zealand poet and I like to avoid confronting irascible poets. You know me on Twitter as @authorsahunt and on the mean streets as Esé.