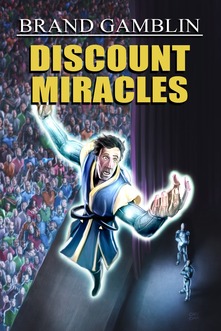 The crew of the space salvage ship JN3-0518 have crash-landed on a planet that was colonized hundreds of years earlier, and has lapsed into a suspicious and superstitious dark age. With their advanced technical knowledge, the crew makes a living by faking miracles. Kings and clergy hire them to make ancient prophecies come true. But when they are tasked with making a prince ascend into light and power, they find themselves cast as kidnappers and witches.

Discount Miracles is a slipstream story of sci-fi and fantasy that lightly treads the edges of Clarke's Third Law. Hoverbikes and giant monsters come together in a story that is a little comedy, a little romance, and a lot of adventure. 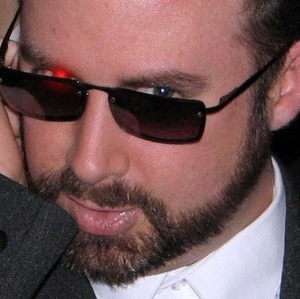 Brand Gamblin started out in Computer Science. He got a bachelors in Computer Science from Texas Tech University before working as a video game programmer. For the next decade, he published games for such companies as Microprose, Acclaim, and Firaxis. In his spare time, Brand created the YouTube video cult classic, "Calls For Cthulhu", which has thousands of followers worldwide, and has been nominated for several film awards. He is the author of several sci-fi stories including Tumbler, The Hidden Institute, and Invito Rex.