Harmonics: Rise of the Magician (Harmonics #1) 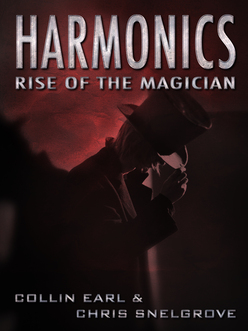 Samantha Montgomery of Academy City 676 always dreamed of life outside of school. Sometimes you have to be careful what you wish for… A rogue weapons manufacturer, a ruthless killer, and a schoolgirl converge as a weapon so advanced it defies the laws of physics is a mere breath away from being unleashed on the world. Now it’s up to Sam and some unexpected allies to keep it out of the wrong hands or risk loosing everything, and everyone, they hold dear. A defense contractor on the rampage, an assassin out for blood, and Sam caught in the middle. When the reality you know ceases to be, can you live with the reality yet to come? 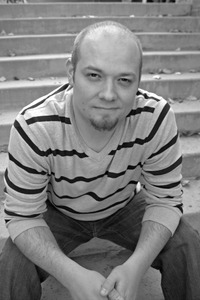 A native of Washington State, Collin grew up NOT liking reading stories or school in general. Girls, sports, and working held much more appeal for the young Collin. He graduated from Moses Lake High School despite lack of regular attendance then journeyed forth towards Boise State in Idaho where he received a B.A. in Social Science. His dream was to practice law with his father and brother; a dream that he pursued vigorously in his undergraduate education. Little did he know that his father would leave the practice of law and his brother would make plans to head to Costa Rica. While these career developments were unexpected, even more unexpected was Collin's growing interest in writing and story telling. After reading several stories (averaging a book a week for almost a whole year), he developed a story idea and started to write. Podcast novels, self publishing, eBooks and writing in general were much like his move to SOUTH DAKOTA (Yes, I said South Dakota); random and totally unexpected. Collin spent a year writing a story with a Roman/Greek Gods --dragon/elves/drawfs theme then came to a real and terrible realization: Fantasy fans are brutal. Absolutely brutal! If they like you, man they REALLY like you. If they don>t...well let>s not talk about that. From that moment, Collin spent many hours reworking his first novel, The House of Grey into a story that Fantasy fans (and everyone else hopefully) will enjoy, gleaning ideas from many independent literary sources from Indian folklore to Japanese anime and taking inspiration from some of the greats like Rick Riordan, J. K. Rowling Mark Frost, Joseph Lallo, Brian Rathbone, Scott Sigler, MR Mathias, Jeff Wheeler and Nathan Lowell. After graduating from the University of South Dakota Law School, Collin, his smoldering wife, and two beautiful daughters moved down the street from his Producer and co-author Chris Snelgrove in good ol' Colorado. Collin passed the Bar and is currently working as an attorney and vigorously writing fantastical stories for his fans. Collin is current working on three different series - The House of Grey, Harmonics, and the third series called Daniel Knight (the Never World Series)- this story will include an alternative timeline where magic exists in the world and military power is represented by powerful "relics" from religious mythology including Zeus' master lightening bolt, Excalibur, the kusanagi and the other Imperial Regalia from Japan and much much more.