Max Quick: The Bane of the Bondsman (Max Quick #3) 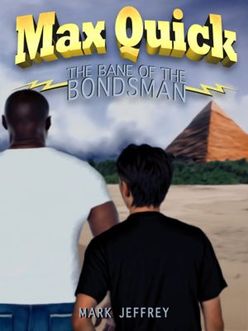 The thrilling conclusion of the Max Quick Trilogy!

After the disaster of the Machine in 1912, Max Quick, Casey Cyranus, Ian Keating and Sasha Fwa find themselves in a alternate, dystopian 1977. Countries are no more: there is only a single super-state under the crushing rule of a mysterious golden-masked figure called 'the Bondsman'. But the Bondsman's tyranny extends beyond the mere political realm: everyone has the same horrific Dream every night. Nature itself is corrupted: extreme weather and strange animals are everyday occurrences. And other than the Bondsman's Elite families, humanity works twelve hour days, every day – the point being misery for misery's sake.

But who is the Bondsman? The company soon traces his origins directly to Max's own act of destroying the Machine in 1912. As distrust multiplies even amongst the friends, Max must come to grips with his new-found power – and discover how to use it to defeat the Bondsman … or he risks becoming the Bondsman in the end himself! 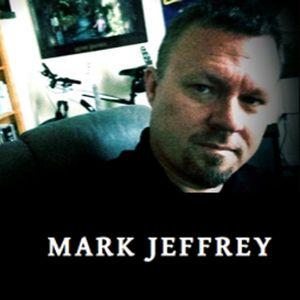 Mark Jeffrey is a serial technology entrepreneur and author. He has co-founded four internet companies and written five novels. His other novels include MAX QUICK: THE POCKET AND THE PENDANT (Harper Collins, 2011), MAX QUICK: THE TWO TRAVELERS (2012), AGE OF AETHER (2012) and ARMAND PTOLEMY AND THE GOLDEN ALEPH (2011). Most recently, Mark co-founded web television network ThisWeekIn.com with Jason Calacanis and comedian / actor Kevin Pollak. Investors included Sky Dayton, Matt Coffin and Jarl Mohn (founder of E! and Liberty Digital). Mark served as CEO from its inception in Jan 2010 until May 2011. From 2007 to 2010, Mark was the founding CTO of Mahalo.com, Inc., a human-powered search and learning site backed by Sequoia Capital, CBS, News Corp, Elon Musk and others. Prior to this, Jeffrey co-founded a business social networking company ZeroDegrees, Inc. in 2002 and sold it to IAC/InteractiveCorp in 2004 with more than one million registered users. His first company, The Palace, Inc., was backed by Time Warner, Intel and Softbank and sold to Communities.com in 1998. The Palace was a popular avatar virtual world environment which had 10 million users at its peak. He was also the co-founder and CEO of SuperSig, Inc. in 1999, which focused on app-like functionality embedded in email. His first novel, MAX QUICK: THE POCKET AND THE PENDANT, was published in hardcover and ebook by HarperCollins in May, 2011. The book was initially podcast as a series of episodic mp3's and received over 2.5 million downloads. Mark Jeffrey holds a BS in Computer Science from the University of New Hampshire. He can be followed on Twitter at @markjeffrey, and on the web at http://markjeffrey.net