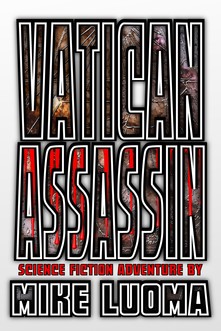 BC's bosses in the Office of Papal Operations - the OPO - tell him Luna Prime Governor McEntyre has been sympathizing with the enemy, the UIN. They can't let her give the Moon to the UIN. That's where he comes in. BC works for the Pope, "officially" assigned as PR man to the Cardinal and the Vatican Mission on Luna Prime. Just a mild mannered, young, twenty-something priest working for the New catholic Church on public relations. But under his cover he's a weapon pointed at the UIN by the NcC and their Earth based allies, the UTZ. As he goes off, the repercussions will be cosmic… 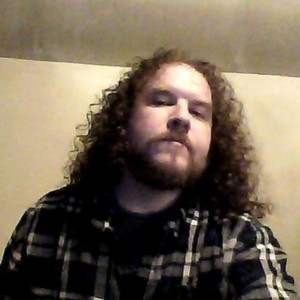 Mike Luoma writes, designs and publishes science fiction novels and comic books, hosts the weekly Glow-in-the-Dark Radio podcast, narrates audiobooks and is the Music Director and midday disc jockey for The Point radio network in Vermont. The novels in his Vatican Assassin Trilogy are enjoyed worldwide. Alibi Jones and the Hornet's Nest is his latest science fiction adventure novel. Comics include Panthea Obscura, Good Samaritan, Souverain, Red Hot! and The Adventures of Alibi Jones. Get books and details at http://glowinthedarkradio.com.