One Among the Sleepless 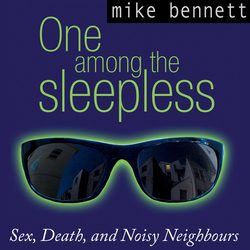 Podcast Audiobook
28 Episodes
937 Minutes Total
Podcast
This legacy Podiobooks.com title is only available as a serialized audibook in podcast form.

A killer has come to town. The victims are connected; each pointing to the next, as if in answer to the question: Who is The One?

Is it Peter Reynolds: mild-mannered office clerk pouring petrol through his neighbour’s letterbox in the middle of the night?

Or is it Gaz: leader of three friends who love nothing more than sex, weed and partying? All women are easy prey for his charms. All except Sally. And the one who doesn’t want him, is the one he has to have – whether she likes it or not.

Mick Nixon has to find the connection, because people are disappearing - and if he and Sally are ever going to share more than just lunch, he’d better hurry up, or they could be next.

A dark, funny, and at times horrific ride, One Among the Sleepless is a thriller set just below the surface of suburban existence. You’ll laugh, you’ll cry, you’ll throw it through your neighbour’s window tied to a house brick!

“A tale that’s harder to put down than a delicious bad habit.” Walt Kolenda. Examiner.com

Listen to One Among the Sleepless

We will send One Among the Sleepless to your Kindle at .

One Among the Sleepless has been sent successfully to your Kindle!