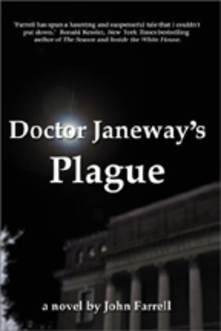 Podcast Audiobook
25 Episodes
414 Minutes Total
Podcast
This legacy Podiobooks.com title is only available as a serialized audibook in podcast form.

A science-fiction thriller about an astronomer who discovers a source of cosmic rays which may be the origin of an ancient plague reviving once again.

A young woman reaches Cambridge in search of a distant relative whom she believes has lived longer than any other human being.

An astronomer discovers a strange, point-like source of cosmic rays coming from the constellation of the Unicorn.

A retiring professor discovers documents from Puritan times about a series of strange deaths and disappearances in the early Boston settlement. One of the signed witnesses has the exact same name as a celebrated minister whom the old professor has welcomed on campus.

Three sleuths and three threadsâ€¦all leading to the same man.

"I long to believe in immortality," wrote John Keats over 150 years ago. There are those who knew while the poet lived â€” and those who know better now â€” that some things are better not wished for. The Reverend Doctor Janeway knows why. And his secret is one of the most dangerous ever uncovered.

A haunting and suspenseful tale that I couldn't put down. -Ronald Kessler, author

…ambitious in the depth of its scientific background, and the historical connections to colonial history add interest and resonance. -Jon Lehman, Quincy Patriot Ledger, Saturday, Dec. 9, 2000

We will send Doctor Janeway's Plague to your Kindle at .

Doctor Janeway's Plague has been sent successfully to your Kindle!