The Communion of the Saint 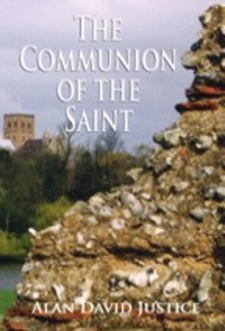 Podcast Audiobook
17 Episodes
628 Minutes Total
Podcast
This legacy Podiobooks.com title is only available as a serialized audibook in podcast form.

Clio Griffin, an out-of-work academic with an attitude and a tendency toward sarcasm, travels to England to interview for a last-chance job–as the pet historian for an antiquarian group who hope to use her to build the reputation of the local saint–Alban, the first Christian martyr of Britain.

No sooner does she arrive than the saint, dead for seventeen centuries, starts talking to her–out loud. The voice is hard enough for Clio to take; her mother, in her final illness, had lost touch with reality, and Clio fears the same fate. When the saint drags her unwilling into the past, to live the lives of people long dead, Clio fights to hold on to her reason. At the same time, in "ordinary" life, she starts to define–and have defined for her–a place in the life of the town. The resident mystic takes a liking to her; when she dies, she leaves everything to Clio. The sexton of the cathedral becomes a malevolent presence who threatens Clio at unforseen intervals. She falls in love with an Anglican priest on the cathedral staff, who is jealous of the very mystical experiences Clio struggles to deny.

When the the past itself comes to life in Clio's present, in the person of a medieval plague victim who appears in her living room, Clio must choose between her rationalism and her compassion for the dying young man. Her decision lands her in a mental hospital, where she has to confront both the fear of losing her reason and the reality of her experiences.

When Clio gains her release from the psychiatric ward, her psychiatrist, like many others, asks her to pray for him. As she re-enters the community, she finds that other people, whom she doesn't even know, have been taking care of the cottage left her by the mystic. When her employer is injured in an auto accident, Clio's half-believed prayers seem to lead to a miraculous healing.

Throughout the story, past and present are shuffled like two halves of the same deck of cards. With each descent into history, Clio learns about other lives. With each return to the present, she has to make sense of her own life in light of what she's learned.

THE COMMUNION OF THE SAINT (the title is a paraphrase of a line from the Apostle's Creed) is a novel of past and present, skepticism and belief.

The story question: how does a modern, skeptical, rational person fit the irrational, the supernatural, into her life and still make some kind of sense of it all?

The answer: not easily.

Listen to The Communion of the Saint

We will send The Communion of the Saint to your Kindle at .

The Communion of the Saint has been sent successfully to your Kindle!