Why Democracy is Worth Saving, and Why it May Not Save Itself 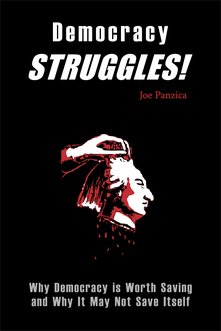 ##Slogans and oversimplifications are for cranks, pranksters, bullies, and tyrants.

Democracy should never be overly romanticized. To do so is to trivialize it. For each of democracy's momentous victories, there are countless minor setbacks and frequent catastrophic defeats. So much of democracy's work is thankless, tedious, and frustrating. And the idea of inevitable progress may be nothing other than a cruelly back slashing double-edged myth.

Democracy only thrives when it is scrutinized critically.
"The price of freedom is …"

The enemies of democracy are many.

Mostly they can be summed up in the impulse to dominate and exploit. But democracy is also threatened by our own complacency and whatever tendency we have toward despair.

Democracy is the exercise of self-control of a people over itself. In one hopeful view, democracy is a force working to advance human civilization. It works both in tandem with and in opposition to the necessity to concentrate great wealth for purposes of investment and display.

It works both in tandem and in opposition to the necessity of countering irresponsible or abusive wealth and power. *******

The history of human civilization may be understood as a project by which our species is domesticating itself.

Any answers lie not just in ourselves. They are in our histories, our cultures, our potentials, and our shared imaginings–with all their terrors and hopes. ***** **Democracy and "The Rule of Law" are inseparable, if often antagonistic, collaborative forces in our cultural evolution – wherever we are leading ourselves. 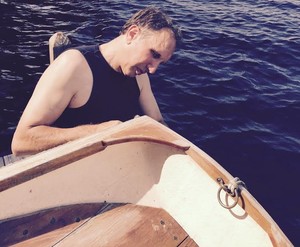 After living and teaching in Western Massachusetts for most of my life, I moved to Sunapee, NH to devote myself to writing. In an effort to promote this book and future works, I have built a website at www.streamlygredible.com. For the last few years I have also been blogging at idiotelite.blogspot.com, streamlyobsidian.blogspot.com, and sometimes at nedufication.blogspot.com. I am a member of the New Hampshire Writers Project and WriteAction. Like my characters I am interested in (but do not understand) literature, pop culture, music, religion, history, and theoretical physics. ​ I am currently working on a second novel: I Wanna Be Evil