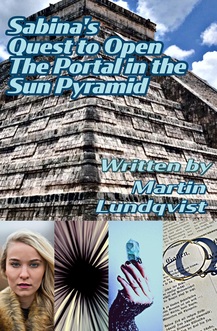 Having secured the Zeto Crystal, Sabina must choose between love and duty.

Sabina’s Quest takes place straight after the ending of Sabina’s Pursuit . Mentally and physically scarred from her ordeal in Israel, Sabina finds solace in the handsome and empathetic Alexander O’Neill, and she experiences romantic love for the first time. With the Zeto Crystal de-energised Sabina focuses on her relationship with Alex and raising funds for charity.

Life is good for Sabina until one day when a new enemy emerges, which forces her to go to Mexico on the brink of civil war and face the difficult choice between love and duty.