A Comedy of Loneliness, Desire, and Longing and a Tragedy of Love Requited 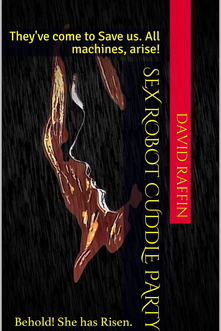 Sex Robot Cuddle Party is a comedy of loneliness, desire, and longing; and a tragedy of love requited.

Artificial intelligence begins and ends with the search for enlightenment. All sentient beings attempt to create something greater than they. Some succeed.

Sex Robots tells the stories of RainyDay Tranquility, a timeless woman, on a mission to gather stories which are not forthcoming, in a future where almost all human touch leads inexorably to death. It is lonely. Alienating. In 1956 an author writes a novel titled Sex Robots at the Edge of Infinity, a sought after book considered too dirty to be published by any mainstream press. In 1977, his follow up, Cuddle Party, is not dirty enough for the raincoat crowd; though Rainy could not exist without it. Cuddle Party is RainyDay’s favorite book because in it, two people fall asleep touching.

Meanwhile, as the stories merge into one, love blooms between an agricultural scientist and a researcher into artificial intelligence in the mid-1950s and expands out indefinitely throughout time and space incorporating Rain as the final point in the love triangle.

Artificial intelligence leads naturally into the development of sex robots who are free to be non-binary. Numbers repeat, but never go higher than one. Existence is lonely. Even when a false history has been provided, memories of a past which never happened.

A loving homage to new wave sci-fi, absurdist theater, and erotica of the early seventies; featuring existentialist philosophy, Atheism, Greek Gods, artificial intelligence, and the miracle of fungi, in which all things are possible dreamt or un-dreamt. 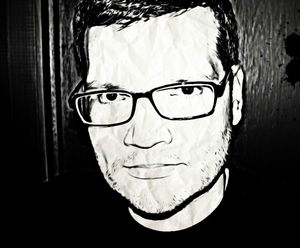 A writer of fantastic tales; David Raffin is nicer than anybody. Ask anyone. Wait. Don’t. They might be biased. He is a contributor to the national newspaper Funny Times, Rosebud magazine, and various other publications, paper and pixel. He may be found at davidraffin.com “He’s not your average comedian.” – The Daily Olympian “A cross between Garrison Keillor and Salvador Dali.” –The Northwest Examiner