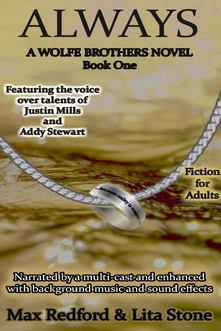 This here is the starting line for the ALWAYS UNTIL NEVER series.

And yours truly, Max Redford, is bringing the smokes and whiskey to this good ol’ Texas block party. Yeah, we gonna be good ol’ neighbors for a bit,so pull up a chair.

The folks and their stories that you’re gonna find in the Wolfe Brothers series aren’t your usual most upstanding, reputable, or even nice guys — or gals.

If you’re looking for sweet and wholesome romance with girls next door and savvy gents, well then . . . you’re in the wrong neighborhood.

But if y'all are into realistic folks who’ve endured hardship and keep on living by their own principles and their own family values, then you’re gonna fit right in ‘round this town.

We got scars on our flesh and scars on our hearts. Our clothes ain’t designer and we always know the faces of the people at Walmart.

Some got their fake friends and their phony grins, but we’re as real as it gets and that’s alright with us.

We’ve been abused and we’ve abused —

We’ve fallen and we’ve knocked down —

The sex is whiskey-laced. Lovers’ quarrels’ end in ecstasy and four-lettered words.

We’re the folks who love our dogs, our left-handed cigarettes, and tattoos.

All our men are alphas and all our women are GRITS.

We say yes sir, and we bow our heads, and salute our men in uniform — and if that ain’t you then we’ll still serve you up some good ol’ Texas hospitality. 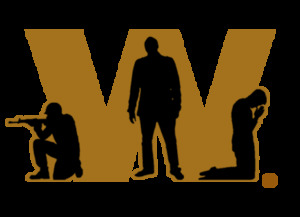