You Can't Stamp Out The Cockroach! (Lax Wastebin, I.I.: Master of A Million Masks! #1) 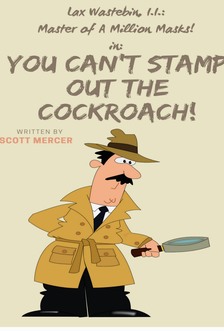 Lax Wastebin, Investigating Investigator, or I.I., as he is sometimes known, fights a constant fight against the foes of Freedom and Liberty the world over.

As a young man, he traveled with his diplomat father to various exotic postings around the globe, traveling outside continents and incontinence. He became fluent in nine separate languages, eight of which he invented himself.

Tutored in the Himalayan mountains in the art of disguise, by ascetic monks steeped in the tradition of this ancient discipline, he now uses his powers of masking, and blending into any situation, to infiltrate the activities of all bad men and evil doers right under their own noses.

His true identity, and his true aims and purposes, are known only to the President of the United States, to Lax’s loyal Himalayan assistant, Teng Ko, and to Lax’s mentor and supervisor, head of the little-known and ultra-secret Department of Investigations Department Bureau, known only by his code name, “The Honcho.” 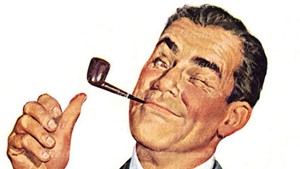 Award-winning author Scott Mercer has been writing since he could take pen in hand, almost. He has worked in many formats, including novels, screenplays, stage plays, radio, television and print, and has several filing cabinets full of papers to prove it. He lives in the San Fernando Valley in Los Angeles and uses public transportation as often as he can.