The Wonderful World of Linus Bailey 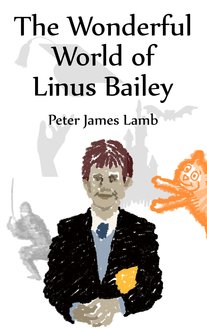 Linus Bailey's tenth birthday, if measured on some kind of “So how did it go then?” scale, would score a one. Maybe a bit less. It started well, but then things went very badly indeed.

Linus' problem is that he makes things up. He claims, for instance, that his mother was found living as a head hunter in the jungles of Borneo. His dad, a man called Nigel who Linus hasn't seen since he was two, is a Ninja Warrior currently living in Japan. His dad fights crime and saves people. Linus' headmaster is evil and his jumper was knitted by slaves.

Linus has reached a turning point in his young life. On the eve of his birthday he is asked to tell the class which family member he admires the most. Having been told not to tell the class that his father is a ninja, and worried that his mother (a woman who's cooking won a Nobel Peace Prize) and his wheelchair-bound sister (despite having the biggest wheels of anyone he knew) would be too dull as objects of his admiration, he invents an uncle who owns the left hand side of the mighty Amazon river. This gets him into trouble.

As his birthday looms large on the horizon, Linus' invented reality begins to encroach upon his humdrum life. Coal miners in the garden, a camel, a Norwegian Viking hat salesman, these things are a prelude to the evil he unleashes in the form of The Evil Lord of Mortar and his band of giant mutant squirrel henchmen. The lives of Linus and those he loves hang in the balance, and only one person can save them. A ninja warrior from Yorkshire called Nigel Bailey, Linus' long-lost dad. 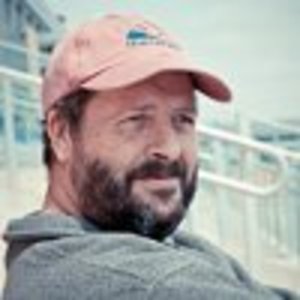 I have been a medical illustrator for most of my working life, but became a published writer in 2001 after selling tales of living on a Greek island. I left the UK in 1999, moving to the Greek Island of Corfu and then to rural France before moving to America. I now live in the Slovenian Alps. I have written extensively about being an ex-pat, but prefer fiction. I experimented with Amazon as a platform for self-publishing by creating a short science-fiction story called Like Minded. I followed that with a longer, novella-length YA/Crossover story called The Wonderful World of Linus Bailey, and then a full novel for adults, The Midlife of Dudley Chalk. Further experimentation resulted in an audio version of The Wonderful World of Linus Bailey, hosted on Podiobooks.com, which achieved over 13,000 downloads in the first 12 months. I then produced a more polished audio version for Audible.com. My next novel will be available in 2014.